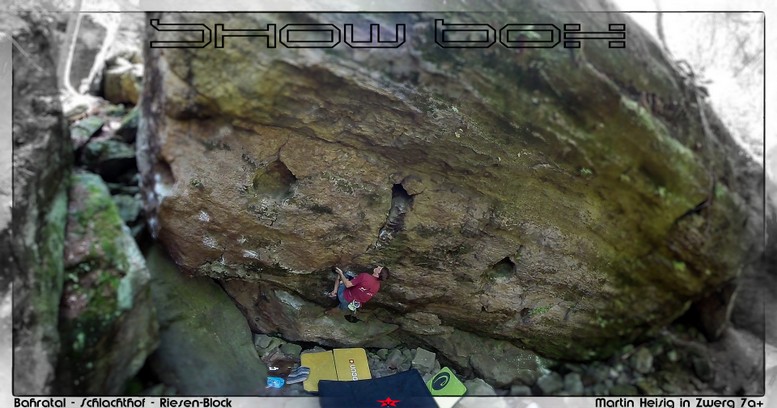 Dwarf meets Giant
Human-like figures, who are very small, sometimes wearing pointed caps and whom people say are supernatural, all know them: ... .. the dwarfs.
Now the dwarfs have descended from the dwarf cave of the Langenhennersdorfer waterfall and from the Cottaer Spitzberg, penetrated even deeper into the mystical and enchanted Boulder Bahratal and meet at the „Riesen-Block“ on their opponent ... .. the giant.
After the conquest of „Jardin“ and the „Riese“ much the view of the dwarf, which has been overlooked so far because of its size.
This one is not smaller than the Riese, because height and height are not the same.
SV 7a+ for Zwerg
The